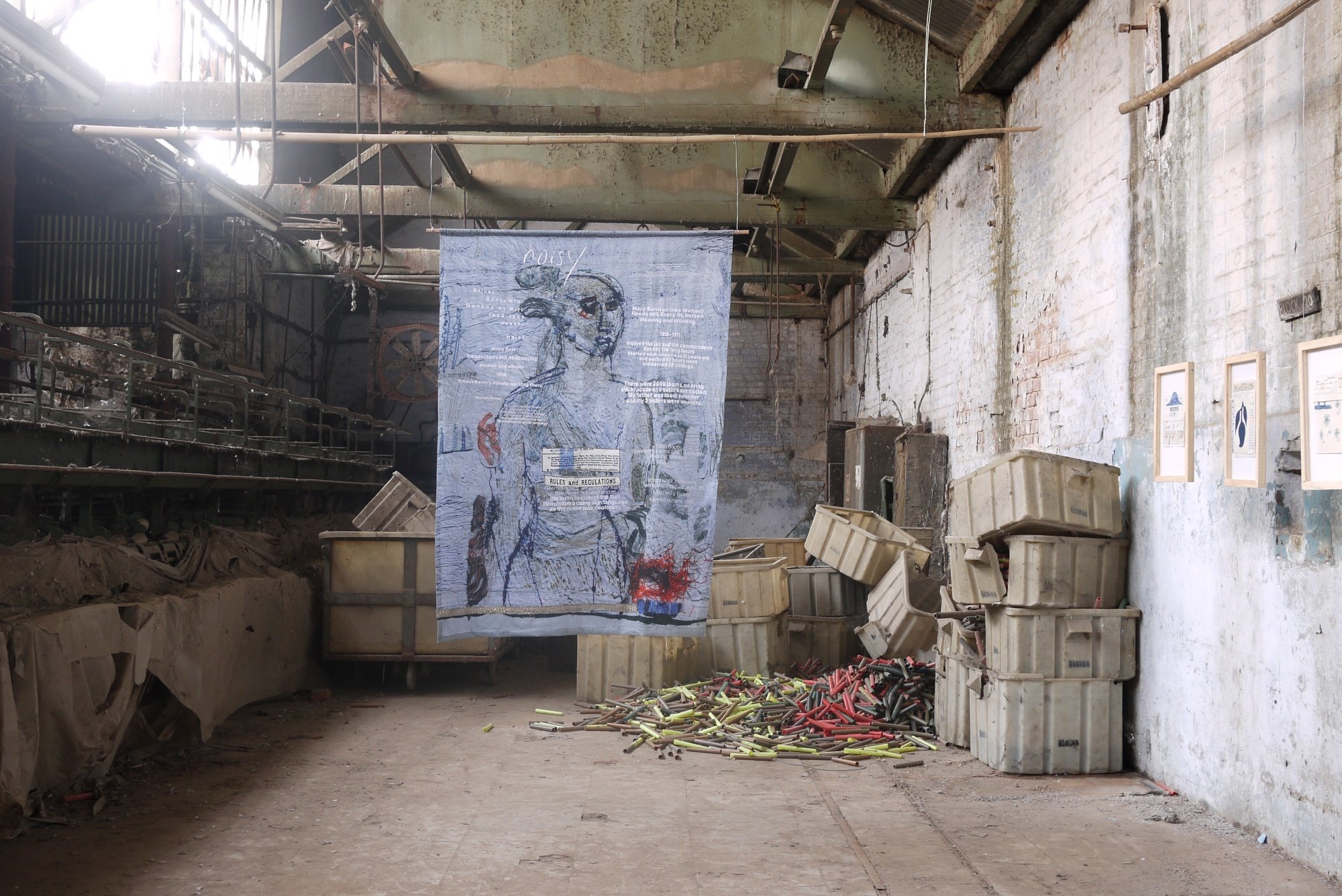 Here I have used cotton thread to articulate the language of making which link the lives of the weavers at Queens Mill Burnley and the textile makers in particular the embroiderers of India. The common language is a line of cotton and the lineage of making.

In Queens St Mill are the notices which define the working pattern, the imposed hardships of working productively. These are the Rules and Regulations. These notices have given voice to the individuals, I have made new notices through inviting the women in the villages of Kutch to make their own rules of life which have been defined through textiles and the lineage of making. These women used pattern and motif and here is their own description through interpreter Judy Frater

The women spent time thinking and drawing.  Most of the Rabaris used traditional motifs that depict their life.  I will detail the final outcomes when I send the work.  Varshaben Pratap did butterflies.  She said, they are free and light and can go anywhere.  Damyantiben Shankar did flowers.  She said they are smiling all the time.  Salmaben Jat did a miniature yoke.  She said this is our tradition and our identity.  Monghiben Rana did a vine that blossomed into a traditional motif.  She said she wants her creativity to always include tradition.  My favourite was Hariyaben.  She did a mango.  She said it is sometimes sweet, sometimes sour, and always valued from when it is small, when it is not yet ripe, and when it is ripe.

To echo these voices I have stitched out voices from the Queen Street mill. These come from the ledger and are the memories of the workers who were in the Mill when it was productive. Their voices are evocative, passed to me by Margarte Nowak;

Pauline and William Hamer were lovely people. Mr Hamer had been born deaf and had attended a school for the deaf where in those days it was traditional to teach them basket making. His enthusiasm for his craft despite a forty/fifty year absence of work still shone through, though his comment doesn’t show the devastation he felt at the closing of his works as the textile industry collapsed and took with it the industry that he had been trained for.

Shelagh Limmer says, “I still gag at the smell of the tape size room” This is because they boiled carcasses to produce a cheap gluey thickener for the size which coated the warp threads to make them smooth and strong.

Some of these words have also found their way into a series of shaft loom belts. These are the link between the steam engine in Queens mill and each individual loom. I have used the technologies of new digital embroidery to pattern the belts of what was new technology of steam production, with images collected from the mill , from india , from the block printer Barron and Larcher and the writings of Gandhi. A hot potch of pattern, philosophies, cultures, exchange and production.
The final set of works are three chandeliers metaphors for the illuminating the night time work. One is white and neutral made from the pirns of Queens st which are strung around a metal chandelier. One is coloured made from the wooden pirns from India and a second is made from paper pirns made from paper from the Gandhi ashram 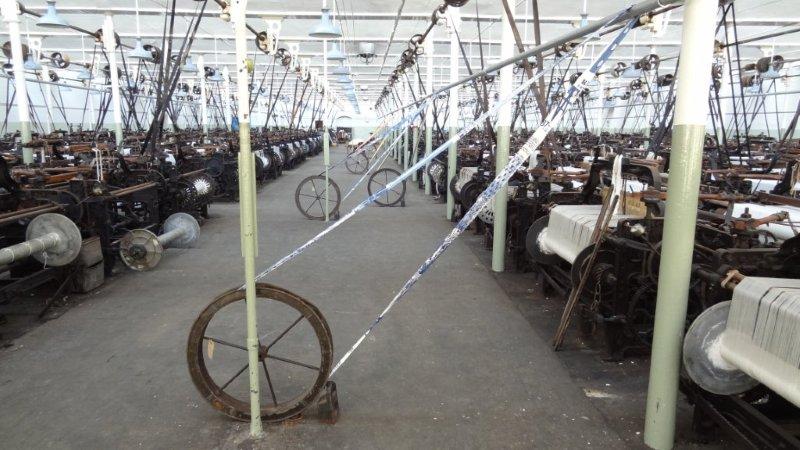 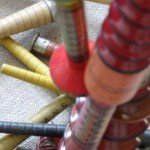 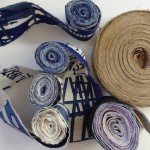 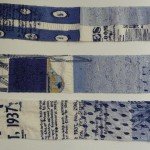 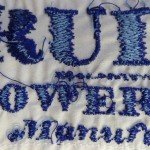 Embroidered rules from the mill 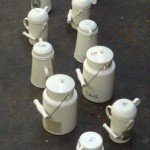 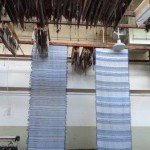 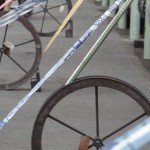 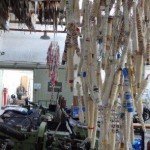 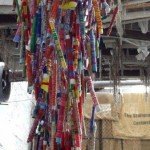 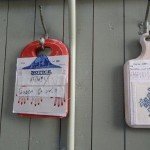 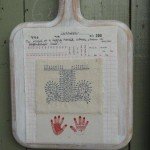 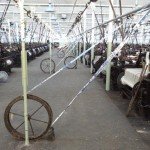