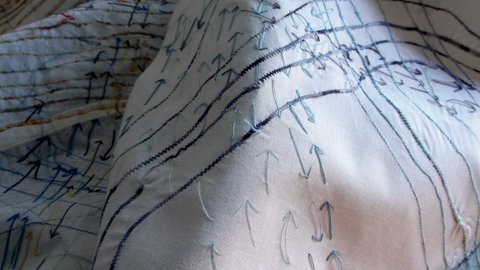 The history of making is implicated in the stories of the places we live and of what we do. Textile making is present in the material and fabrics of our lives, the clothes we wear, the wrappings that are at beginnings and ends of life in the form of blankets and shrouds. The language of textile permeates the conversations and dialogues of the everyday, as ornament to embroider tales and as a substance which clothes.

Textiles is my medium and I have looked to the histories of Portsmouth as a naval city in order to make these works. I have used ‘direction’ as to explore the nature of the continuous line of thread and the passage of the wind.

My starting point was my own nymph in the contemporary applied arts Gallery of the Museum. As a watery emblem she signifies the deepest connection of Portsmouth with the sea. I looked further into the museum collections to find the evidence of material and the distinctive stories of a harbour city. I found the Blue ensign from the hospital carrier ship ‘Lady Connaught’, which served off the US beaches at Normandy. There is a white ensign flag flown by LCT 7092 on D-Day and a Union flag [in two halves] from D-Day beaches. There is even a piece of the ensign flag which was draped over Nelson’s coffin at his funeral.

I found a main sail and jib sail from the Victory class boat Z2 ‘Magpie’ and I found Napoleonic canon balls and torpedoes dredged up from the harbour depths.

I found three connections which I have drawn together through these works. Firstly the nymph in the top Gallery. The second is textile, my material and those of the sails. In the summer 2012 I made the sails for the Boat project as part of the cultural Olympiad, thus sails are in my mind. The third is Nelson, my birthday is on Trafalgar day, the day of Nelson’s death in warfare. Recently I visited the stores at the National Maritime Museum and was shown the jacket that Nelson died in. It sent shivers down my spine.

In textiles I make my tribute to these events and these local and national histories. 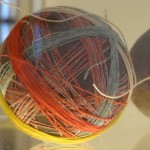 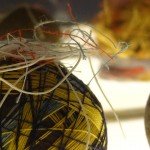 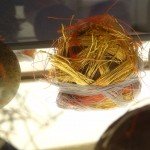 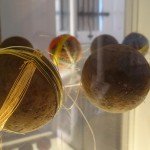 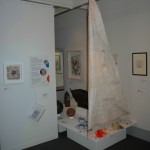 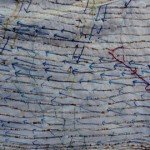 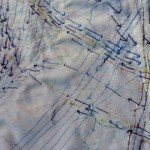 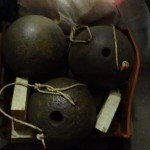 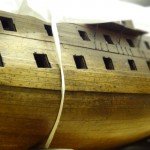 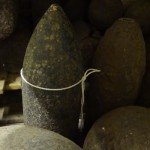 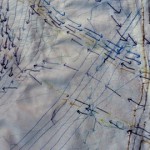 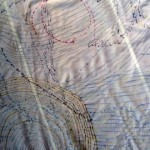