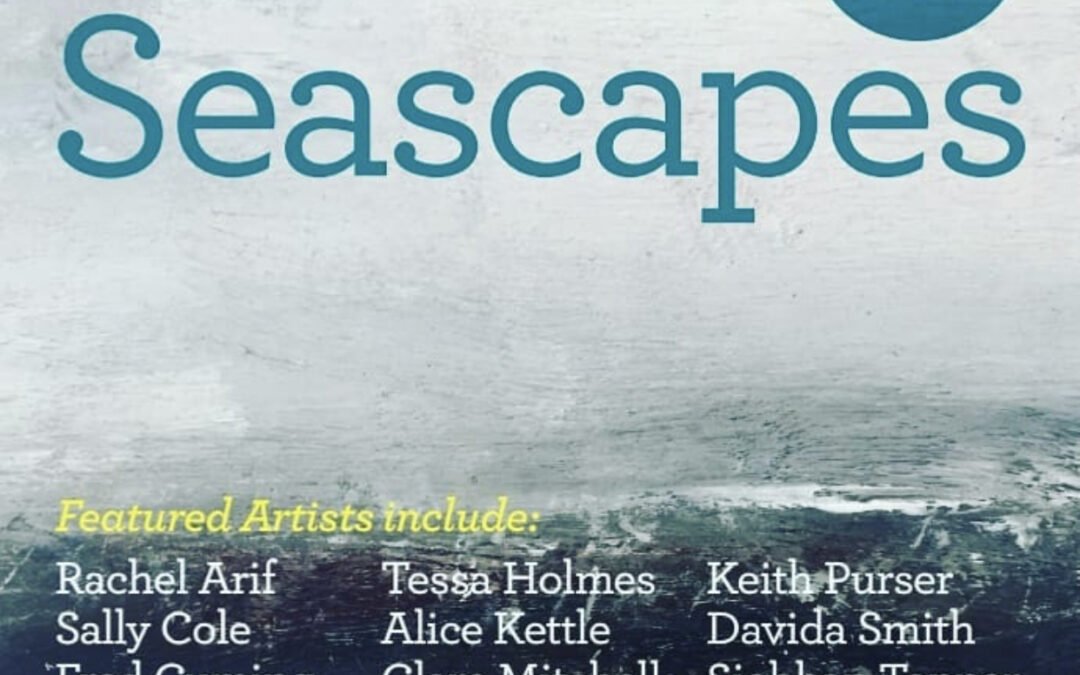 The genre of seascapes has its own connection with landscapes, which became a popular tradition after the Renaissance. Rather than being part of a narrative, the landscape tradition was linked with empire-building. Alongside the growth in Maritime trade was a creative engagement with the sea that artists have long explored and absorbed.

Artists like J.M.W Turner helped to expand the new nautical aesthetic, breaking with established conventions. For most of Turner’s life in the 19th Century, England was at war; battle scenes were important but not the only subject he depicted. What stands out now are not the historic battle traditions or the Romantic sublime with their reminders of mortality, but the volumes of sketchbooks, oil paintings and drawings of an artist’s obsessive relationship with the sea.

In the 20th Century seascapes were still a popular choice for artists who chose to live and work around the coast of Rye. The Stormonts, who set up Rye Art Gallery, chose to have their studio looking out towards Dungeness – the place where prodigious filmmaker Derek Jarman spent his final years in ‘Prospect Cottage’ creating his fantastical garden. His neighbour, Brian Yale, is featured in the main gallery, whose striking lines in Pill Box reveal the omnipresence of the horizon of Rye Harbour. Through the peephole in the pillbox, you can just about see where the sea meets the sky.

Keith Purser’s bright, whimsical paintings tell another story; his memory of living in St Ives is amalgamated into his current experience in Romney Marsh.

Longtime resident, or ‘Ryer’ Fred Cuming RA is featured in the cosy back room, a place of contemplation where the viewer can absorb his work. His marvelous muddy depiction of Rye Harbour in Buoy reveals his command of colour. Have you ever seen a mud bank that navigates between fawn, taupe and burgundy?

The exhibition includes new artists for the gallery; Professor Alice Kettle is one; her large textile piece Sea Figure not only brings texture and absorption to the show but contemporary politics. The heavily embroidered, shimmery sea has an ominous side – as you look closer, you can see a lone figure struggling to stay afloat – a stark commentary on the perilous journeys that refugees take when seeking sanctuary. There is a poignant parallel here with the recent landings of refugees a few miles down the road in Pett Level.

Lastly, of note is Rachel Arif, whose work not only pays homage to Fred Cuming RA, but recalls Turner’s understanding of light and the differing daily behavior of the sea as sky and sea merge in storms and chaos.