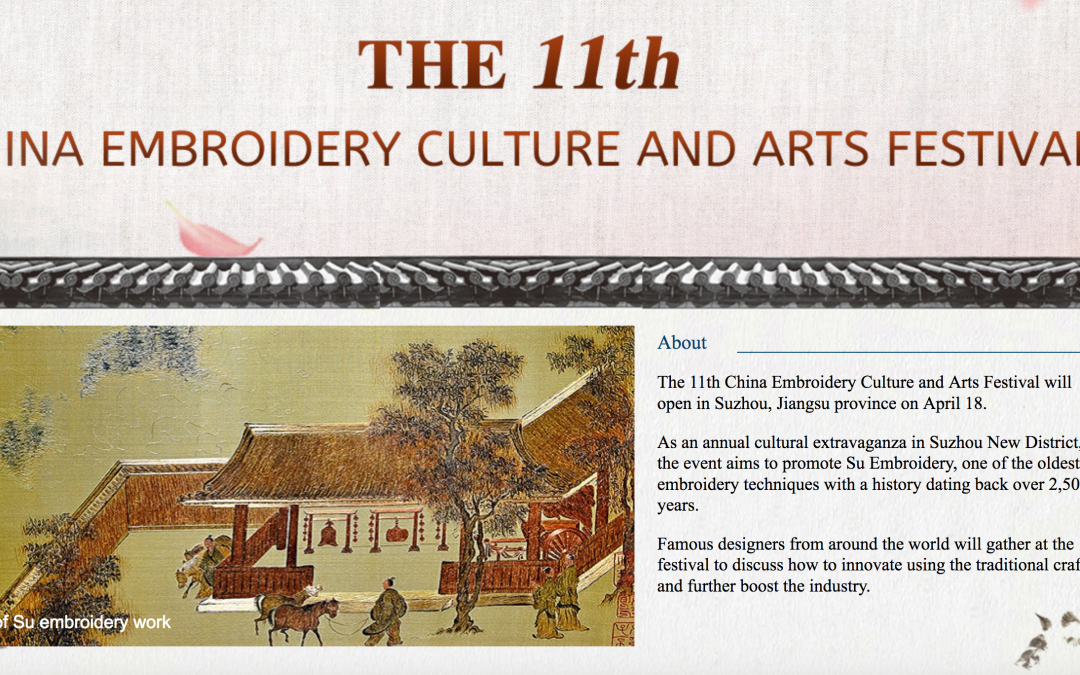 Embroidery is one of the most outstanding traditional handicraft. China has been discovered as the earliest
country to use the silk thread, which according to records can be dated to Warring States period. Since most
of the embroideries were made of silk, this art form is closely connected with silkworm raising and silk reeling
and weaving. Suzhou is riverside city known as the ‘paradise on the earth’. Suzhou Embroidery, or Su
embroidery for short, was named after its place or origin, historically very popular in the urban and rural areas
of Suzhou. People of the Song Dynasty experienced a rapid development of embroidery in quantity and
quality, the Chinese silk embroidery production reached it highest peak with new tools and techniques that had
been invented. Since the Ming Dynasty, a large number of Suzhou embroidery masters emerged, giving rise to
many branched.
Silk is fundamental material of embroidery, “Silk dimension” refers to the direction and dimension of the
development of embroidery. This exhibition will divided into four sections. The cultural of East-West fusion
based on the embroidery, From representational to abstraction, from China to abroad, on the one hand to
discuss the possibility of practice embroidery ontology development, On the other hand to seek the direction
for the embroidery industry.