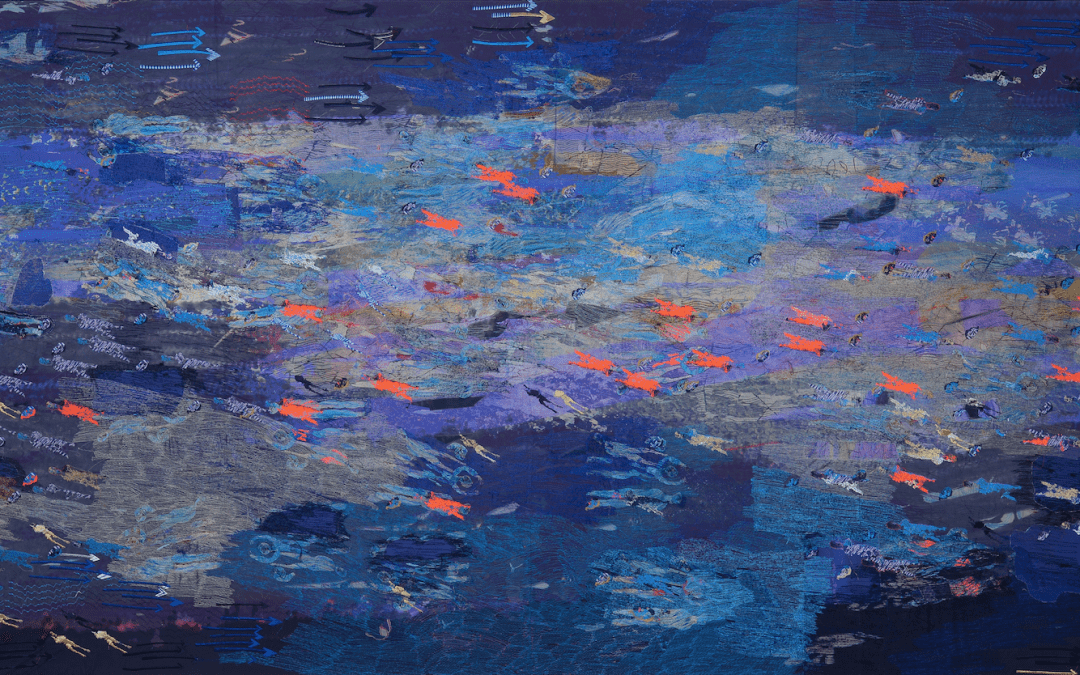 Textile artist Alice Kettle returns to Winchester Discovery Centre with a solo exhibition marking the 10 year anniversary of her stunning public artwork ‘Looking Forwards to the Past, 2007’. This immense, multi-layered piece, dense in surface quality and washed in colour and light, caused a fundamental shift in practice for the artist. Our mini retrospective celebrates her journey in hand, machine and digital stitch, and launches the first of a major new series of ambitious works planned for exhibition in Manchester, 2018. Sea is the first in an ambitious series of works forming Thread Bearing Witness.https://hampshireculturaltrust.org.uk/event/alice-kettle-threads 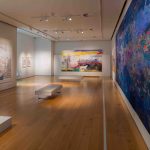 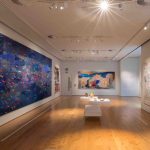 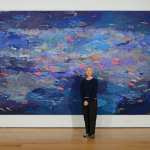 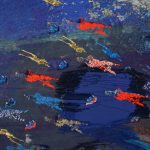 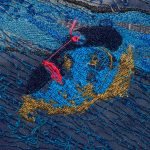 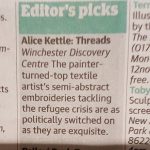 I recall that I first met Alice, ten years ago or more, in her peripatetic studio in the Guildhall: a studio for one singular work, set in a place of other civic workings. Alice needed the vast deep for ‘looking Forwards to the Past’, installed of course in this building – a work about this city and its particular narrative form an artist who has Winchester steeped in her soul, however much her sources take on the resonances of other places, both real and imagined. I like to think of the work downstairs akin to Chaucer: ‘The Winchester Tales’.

I want to focus now on two works in the two exhibitions ‘Threads and More Threads’: ‘Sea’, behind me, and ‘Suko’ which is on show in the equally remarkable presentation of Alice’s work (this, in itself, a symbol of her urgent creative energy) at the Candida Stevens Gallery, Chichester – and if you can visit the exhibition I cannot recommend it highly enough.

I also want to look at Alice’s work through the lens of Simon Armitage’s play ‘The Odyssey: missing presumed dead’ and if this seems eccentric, then I shall try to explain why.

In ‘Suko’ which Alice notes ‘is the flowering of life and the blossoming of womanhood’, her thread line is sparse against the milky linen. A single figure rests composed and fronds of vegetation (is this seaweed?) surround and float by her. She seems entirely settled and composed; the fronds wafting, the mood quiescent. There is languid grace as well as feminist power here.

Tim Ingold says that ‘we swim in the sea of materials’ and this idea of confusion, merging into elemental drama and even chaos, confronts us in ‘Sea’.

‘Sea’ is a work of disturbing beauty where the sonority of its colour sweep, its tonal grandeur, cannot mask its narrative, the story of the nameless lost, the plighted refugee. Do we see here the present crisis of the aftermath of sinking, where fragile craft can no longer bear the torment of these waves, their arrowed, insistent, inescapable tidal flow? Or is this the Odyssey, too?

‘It didn’t take long. The end was quick. The mast
broke like a twig. The keel snapped. The hull
fragmented into kindling and smithereens.
Every man was pitched into the churning swell –
each face went past, gulping for breath, reaching
for a hand or rope or beam or spar or hope.
Arms thrashed, throats burned with salt, mouths
gulped down sea, breathed the sea until lungs
were leaden weights, till the heart was in flood’. [1]

Alice Kettle’s work will often, like Armitage’s ‘Odyssey’ occupy two places (the specific and the generic) and two time zones (the now and the storied past), at one and the same time. That is why they have epic sweep, and why their narratives have present purpose.

In ‘Sea’, this counterpointing is a dramatic device. Are these figures swimming or drowning, sinking or at the final moment, rising? Are we looking down or up? Is there hopelessness only here, or may the sheen, speed, stitch of gold or silver offer any light or glimmer of hope? Is the blue to black infinite loss? Is that the arrowed tidal flood of time or nature? Is this a narrative of now or the deepest then? How can there be such rich colour-beauty in this thread, or how can there be such urgent poetic grace in the faced moment of death?

‘ ….Then waves parted
and cracks opened as deep as the sea bed, that place
where blind fish live among colourless flowers
and the bones of whales and the teeth of sailors
lie among rocks, so just for a moment those men
saw the floor of the world before the sea slammed them shut’. [2]

Simon Armitage is giving us a vital image here, for we have to see his words for them to achieve their impact, to see those thudding monosyllables.

Alice Kettle is creating a narrative drama here, a play, we might say, where these, the nameless, hurled and helpless, are lost to time.

The one a play; the one a textile art; the one and the same.

These are great, terrible themes, where great art, in these moments, is more essential than ever. For what Alice has given us in this exhibition is her reading, her scholarship, her politics, her inexhaustible enquiry, her passion and herself. 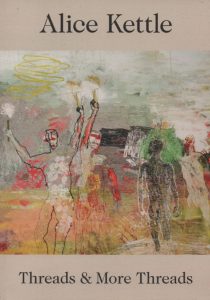 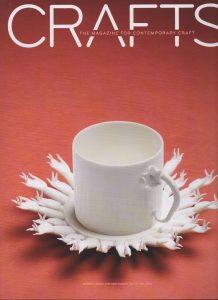 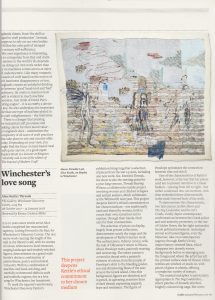 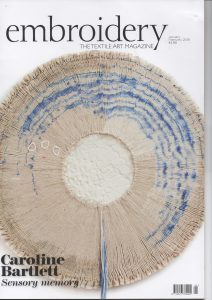 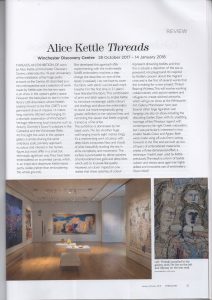